Poznań is our capital of Wings For Life – since the first edition it had been in this Polish city, every year there is a unique course in which everyone can prove themselves in competition with the rest of the globe.

This year’s edition was unique in many respects – the new location – Poznań International Fair allowed to accommodate 8,000 contestants, and improved the logistics of the event. 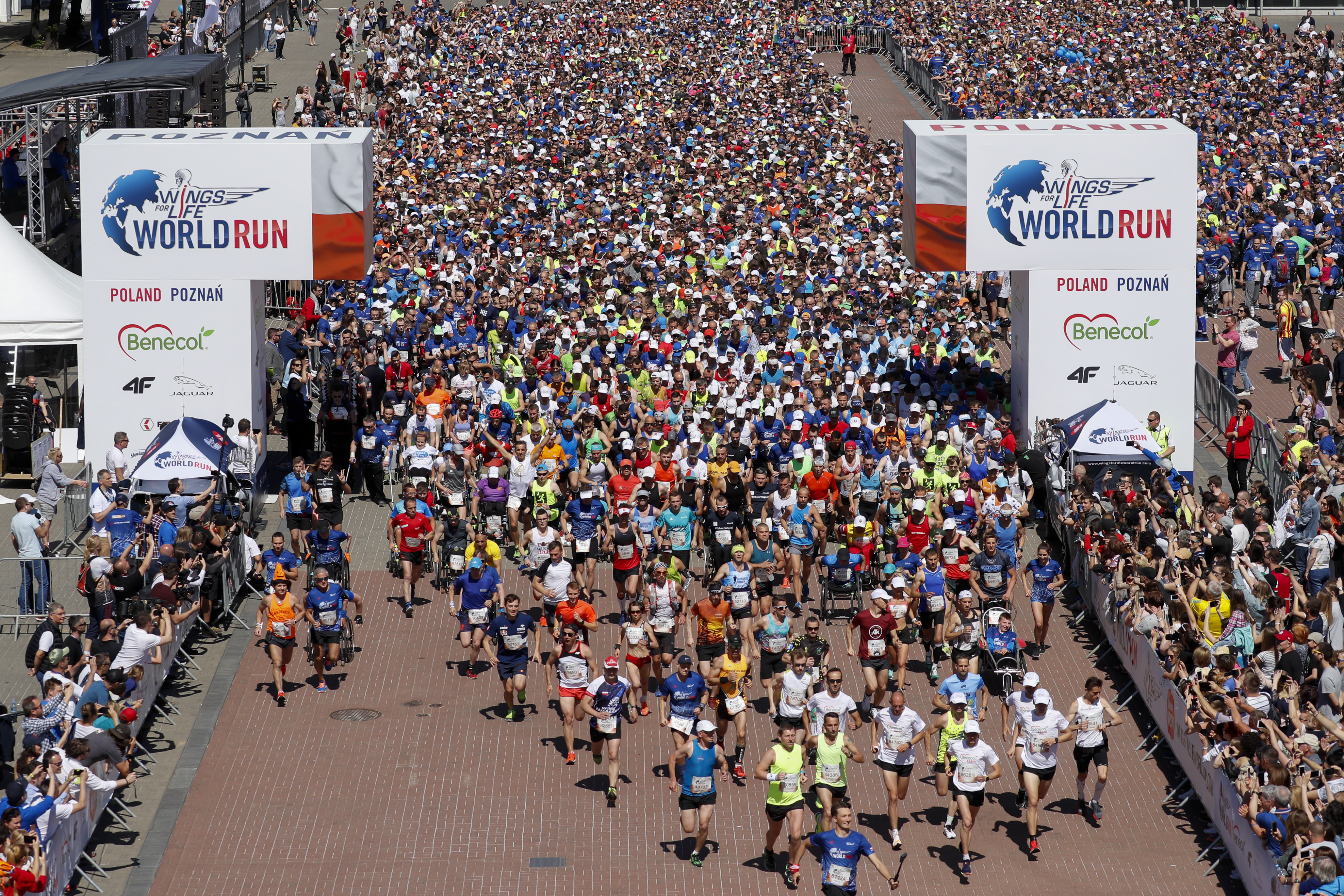 The main 100km loop was turned, thanks to which many runners reached the place where Tomasz Walerowicz finished last year.

The formula of the race remains unchanged – all over the world the competitors start at the same moment, in Poland it is 13:00, half an hour later the chase car starts, the so called famous Catcher Car,  which systematically increases the speed. Behind the wheel of the car is traditionally Captain Wąs or Adam Małysz. The moment, the vehicle catches up with the competitor, they finish their participation in the event, the last caught wins. In this race the first at the finish does not mean the winner! 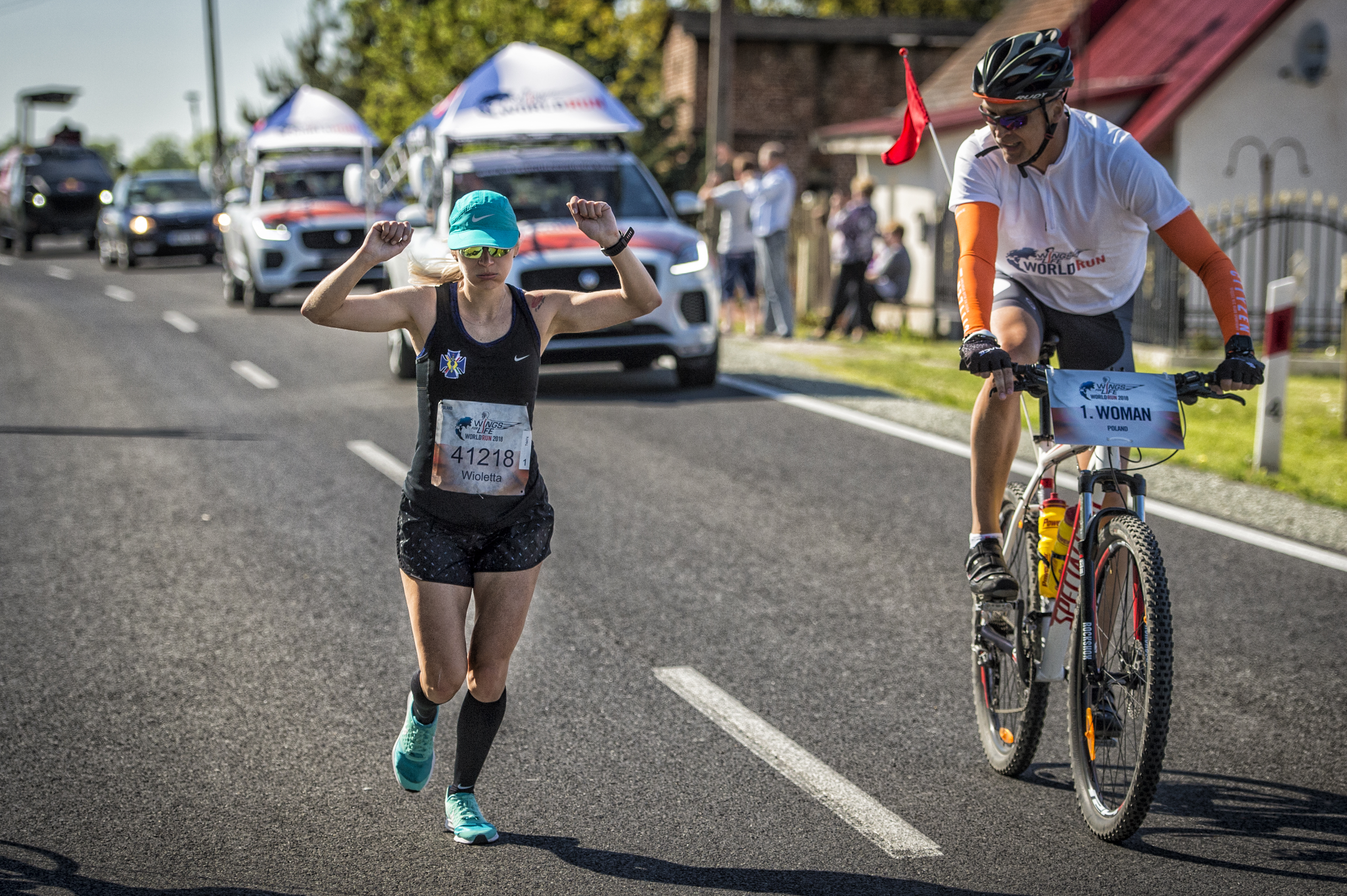 100% of the entry fee from the competition is spent on research on the treatment of the spinal cord injury of the Wings For Life foundation, so the goal is very noble. This is the first edition in which anyone anywhere in the world could start with an application on the phone, which was reflected by the interest.

The heat in Wielkopolska was a real pain in the neck of the runners: last year’s Polish record – 85.14 km (Tomasz Walerowicz) was not beaten, the longest Catcher Car runaway was 66.86km by Dariusz Nożyński –  which gave him in the global ranking 9th position. 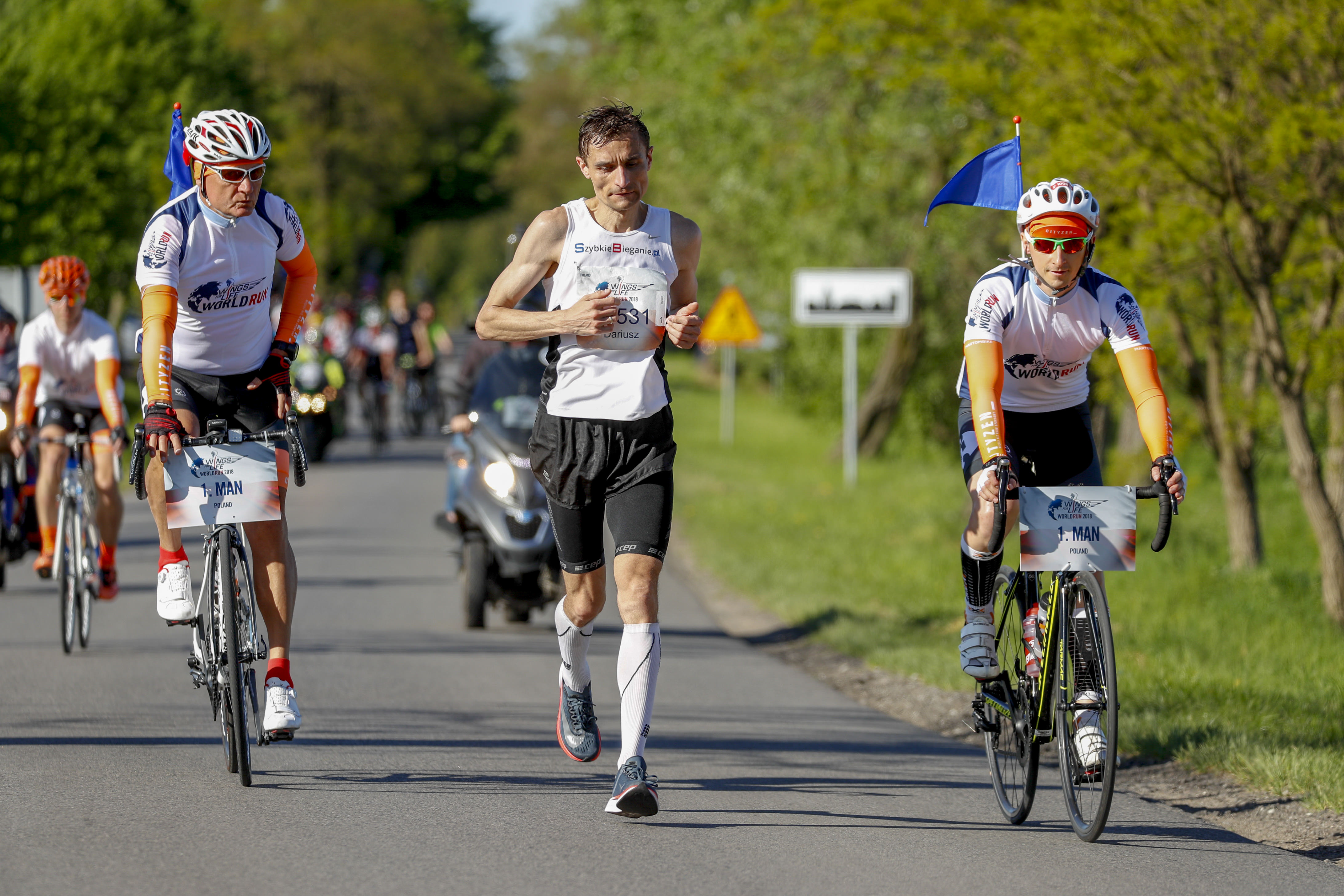 The best female participant in Poznan – Wioletta Paduszyńska finished the race with a score of 48.13km.

The worldwide winner for the second time in a row was the wheelchair competitor – Aron Anderson, unfortunately he failed to beat last year’s result, the Catcher Car caught him at 89.85km and the best female runner turned out to be Vera Nunes – she reached the result of 53.78km starting in Munich. 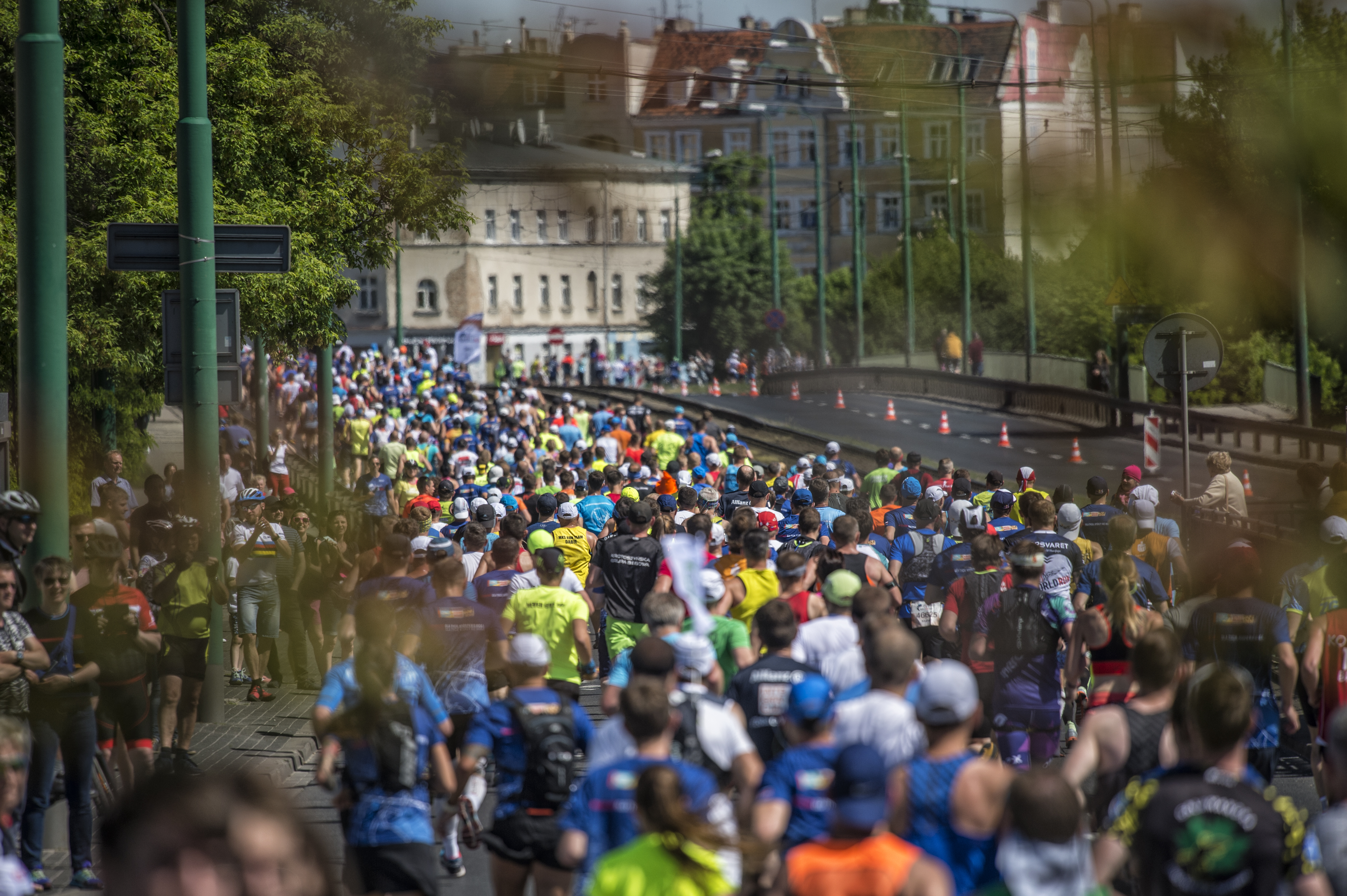 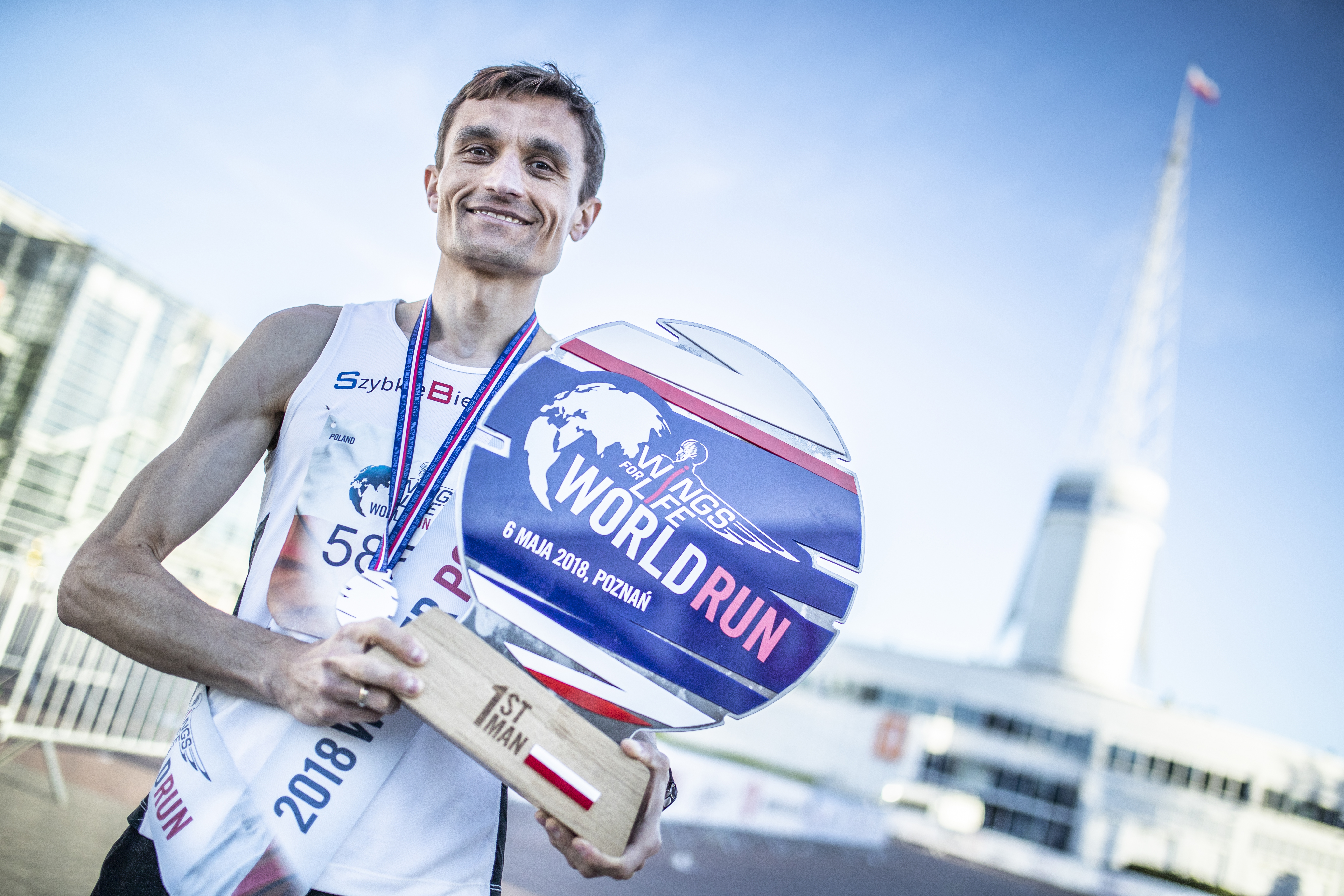 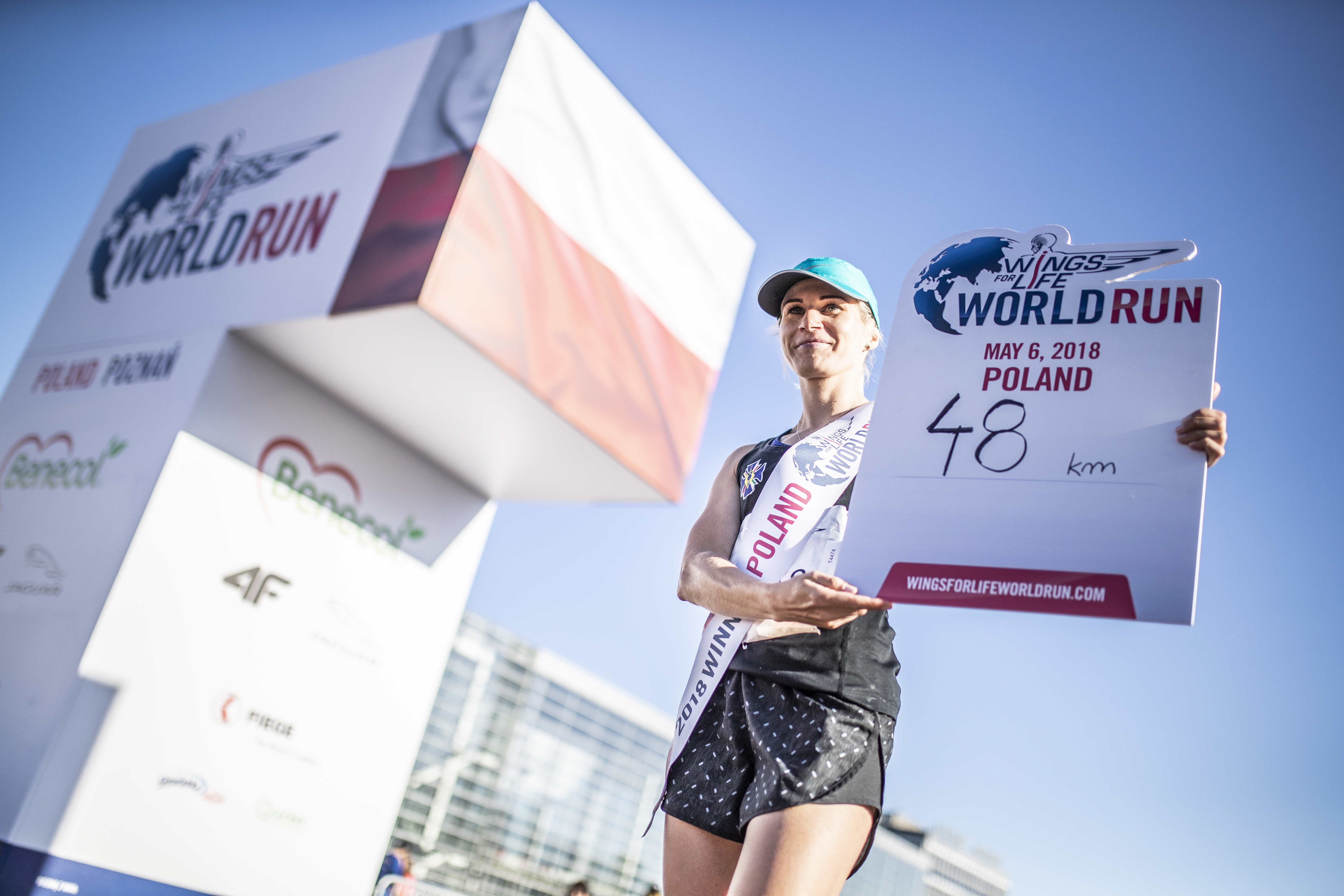